Latest News
Home » ABOUT AUTISM » WHAT IS AUTISM SPECTRUM DISORDER?

WHAT IS AUTISM SPECTRUM DISORDER?

What Is Autism Spectrum Disorder?

Autism is a lifelong developmental disability that affects how a person communicates with, and relates to, other people. It also affects how they make sense of the world around them. It is a spectrum condition, which means that, while all people with autism share certain difficulties, their condition will affect them in different ways. Some people with autism are able to live relatively independent lives but others may have accompanying learning disabilities and need a lifetime of specialist support. People with autism may also experience over- or under-sensitivity to sounds, touch, tastes, smells, light or colours. 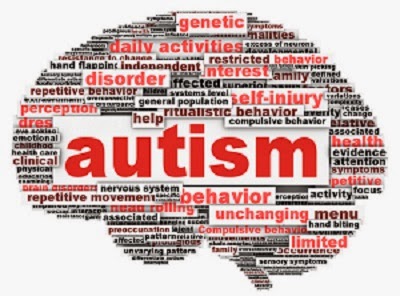 Asperger syndrome is a form of autism. People with Asperger syndrome are often of average or above average intelligence. They have fewer problems with speech but may still have difficulties with understanding and processing language.

Autism is a lifelong developmental disability. It is part of the autism spectrum and is sometimes referred to as an autism spectrum disorder, or an ASD. The word 'spectrum' is used because, while all people with autism share three main areas of difficulty, their condition will affect them in very different ways. Some are able to live relatively 'everyday' lives; others will require a lifetime of specialist support.
The three main areas of difficulty which all people with autism share are sometimes known as the 'triad of impairments'. They are:


It can be hard to create awareness of autism as people with the condition do not 'look' disabled: parents of children with autism often say that other people simply think their child is naughty; while adults find that they are misunderstood. All people with autism can benefit from a timely diagnosis and access to appropriate services and support.

1. Difficulty with social communication
For people with autistic spectrum disorders, 'body language' can appear just as foreign as if people were speaking ancient Greek. People with autism have difficulties with both verbal and non-verbal language. Many have a very literal understanding of language, and think people always mean exactly what they say. They can find it difficult to use or understand :


Some people with autism may not speak, or have fairly limited speech. They will usually understand what other people say to them, but prefer to use alternative means of communication themselves, such as sign language or visual symbols.

Others will have good language skills, but they may still find it hard to understand the give-and-take nature of conversations, perhaps repeating what the other person has just said (this is known as echolalia) or talking at length about their own interests. It helps if other people speak in a clear, consistent way and give people with autism time to process what has been said to them.

2. Difficulty with social interaction
People with autism often have difficulty recognising or understanding other people's emotions and feelings, and expressing their own, which can make it more difficult for them to fit in socially. They may:


Difficulties with social interaction can mean that people with autism find it hard to form friendships: some may want to interact with other people and make friends, but may be unsure how to go about this.


Difficulties with social imagination should not be confused with a lack of imagination. Many people with autism are very creative and may be, for example, accomplished artists, musicians or writers.

How Do People With Autism See The World?

People with autism have said that the world, to them, is a mass of people, places and events which they struggle to make sense of, and which can cause them considerable anxiety. In particular, understanding and relating to other people, and taking part in everyday family and social life may be harder for them. Other people appear to know, intuitively, how to communicate and interact with each other, and some people with autism may wonder why they are 'different'.
(source:www.autism.org.uk)
Tweet

0 Response to "WHAT IS AUTISM SPECTRUM DISORDER?"